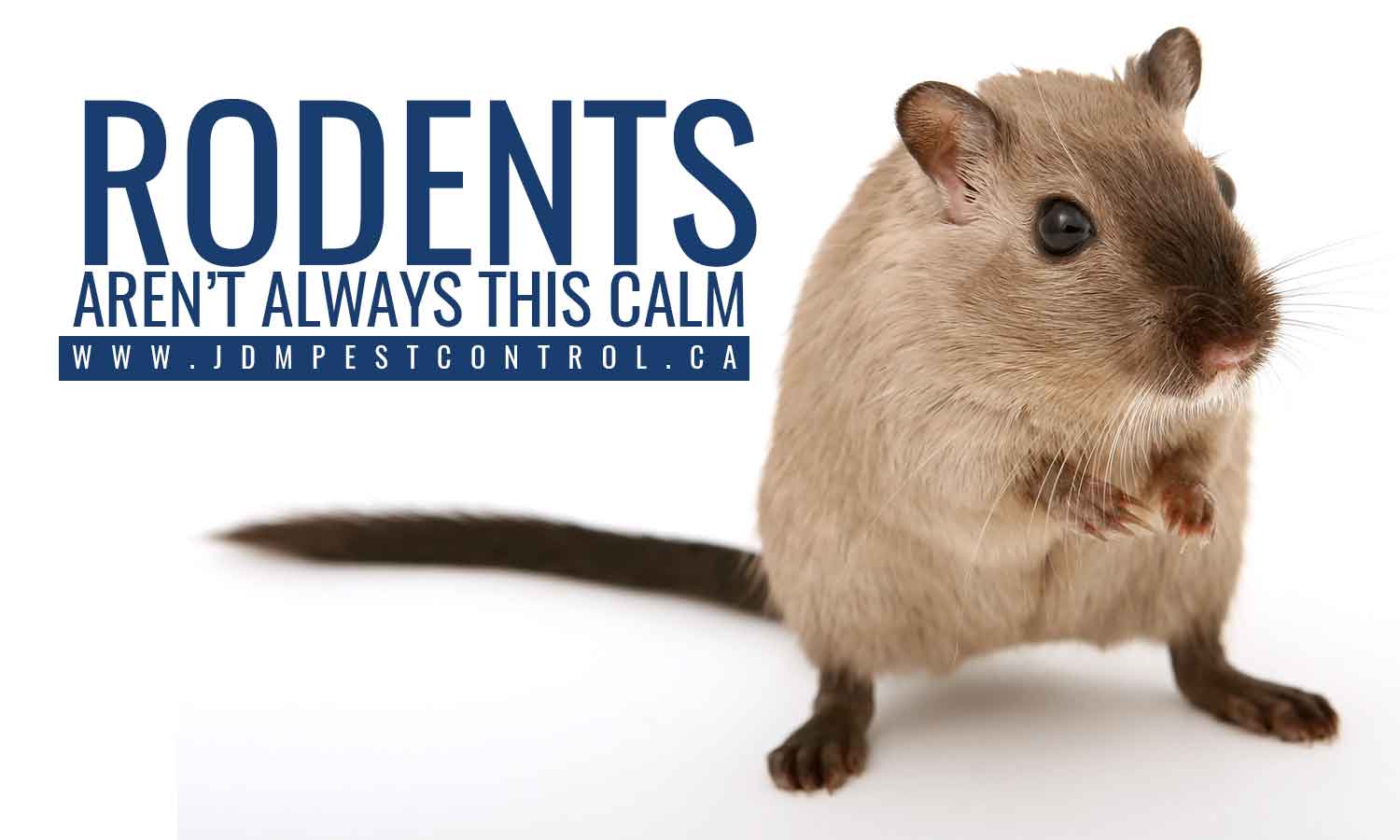 Rats and mice are pretty common pests, but most homeowners may not know too much about them. Pop culture has given us some ideas about rodents (e.g. they like cheese and cats are a great way to get rid of them) that don’t always reflect how things are in reality. There are plenty of misconceptions about rats and mice that most people still believe. However, the experts know what works and what doesn’t when it comes to quality pest control. Knowing the difference between fact and fiction is key to helping you keep the rats and mice out of the house for good.

Let’s look at these rat and mouse myths, and discover why they don’t work.

1. Approaching rats and mice is fine

Many people believe that rats and mice are harmless. After all, rodents are prey, and their first action on discovery is usually to run. Some people even keep rats and mice as pets, and they can be docile and friendly around humans. You may have even heard the saying, “Timid as a mouse.”

However, wild rodents are a different story. Have you ever heard the proverb, “Even a cornered rat will bite?” Wild rats and mice can be unpredictable, especially when pushed into a corner. They may become violent to defend themselves, and scratch or bite when you get too close. Keep your distance to avoid injury. 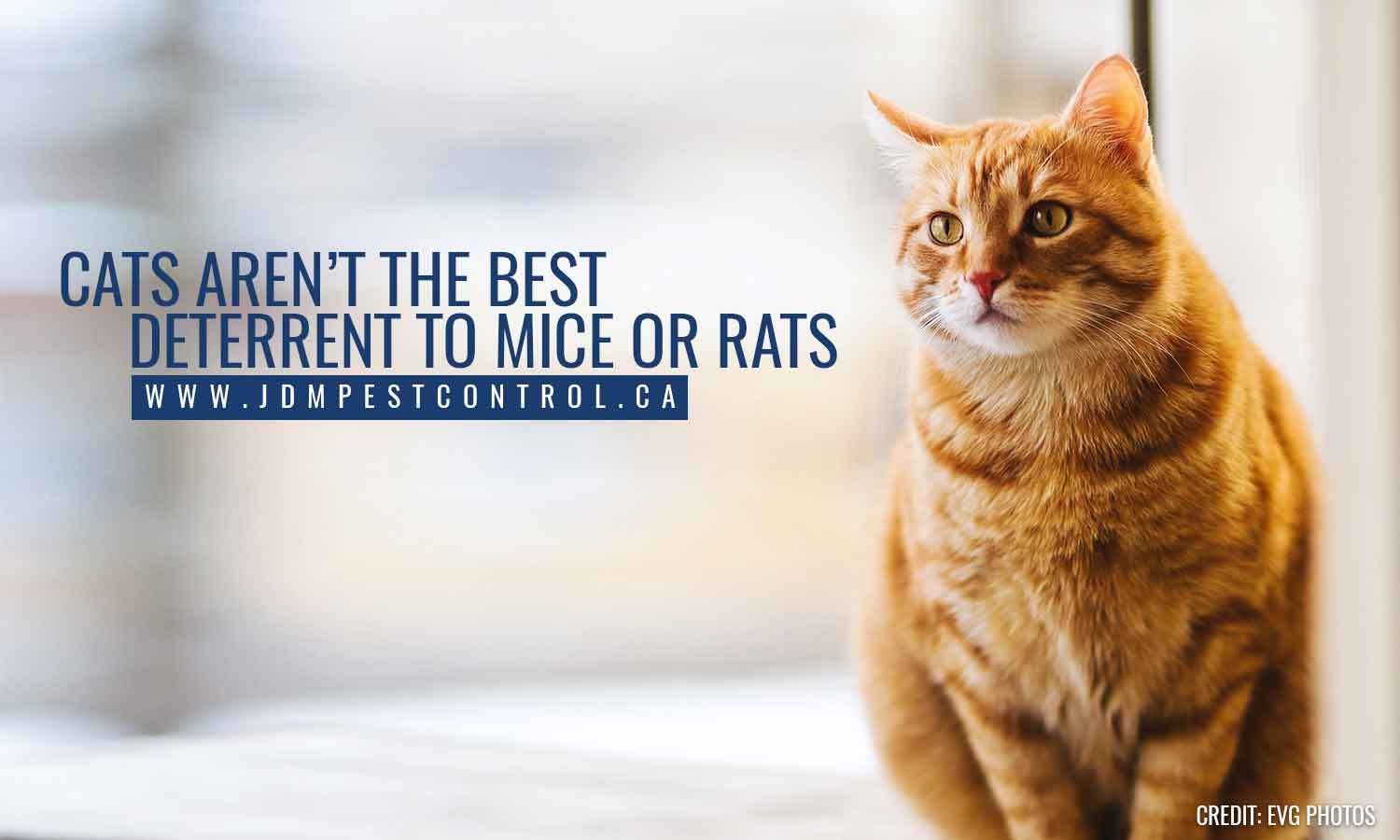 2. Cats can control the rodent population

It’s a common belief that cats (and to a lesser extent, dogs) can keep rodents away. After all, that’s what cats are for. Cats outweigh rats and mice, so you would expect them to be great at hunting those pests down.

The truth is that there isn’t much that cats can do to keep the population down. Rats and mice tend to breed too quickly for cats to put a dent in their numbers, and they can escape to confined spaces where cats can’t follow. Domesticated cats also tend not to have great hunting instincts; they’re more used to relaxing and being fed instead of chasing their food.

3. Rats and mice only carry parasites that cause disease

Most people think rats and mice are a health problem because of the fleas and mites they carry. These parasites are usually vectors of disease, which can spread to humans. Furthermore, rodents themselves can pose serious health risks. Rats and mice can also spread disease through bites; keep away from rats and mice yourself to avoid infection. Rodents can also contaminate food and water with their fur, urine, and droppings. In case of exposure, dispose of contaminated food and any rodent remnants immediately. 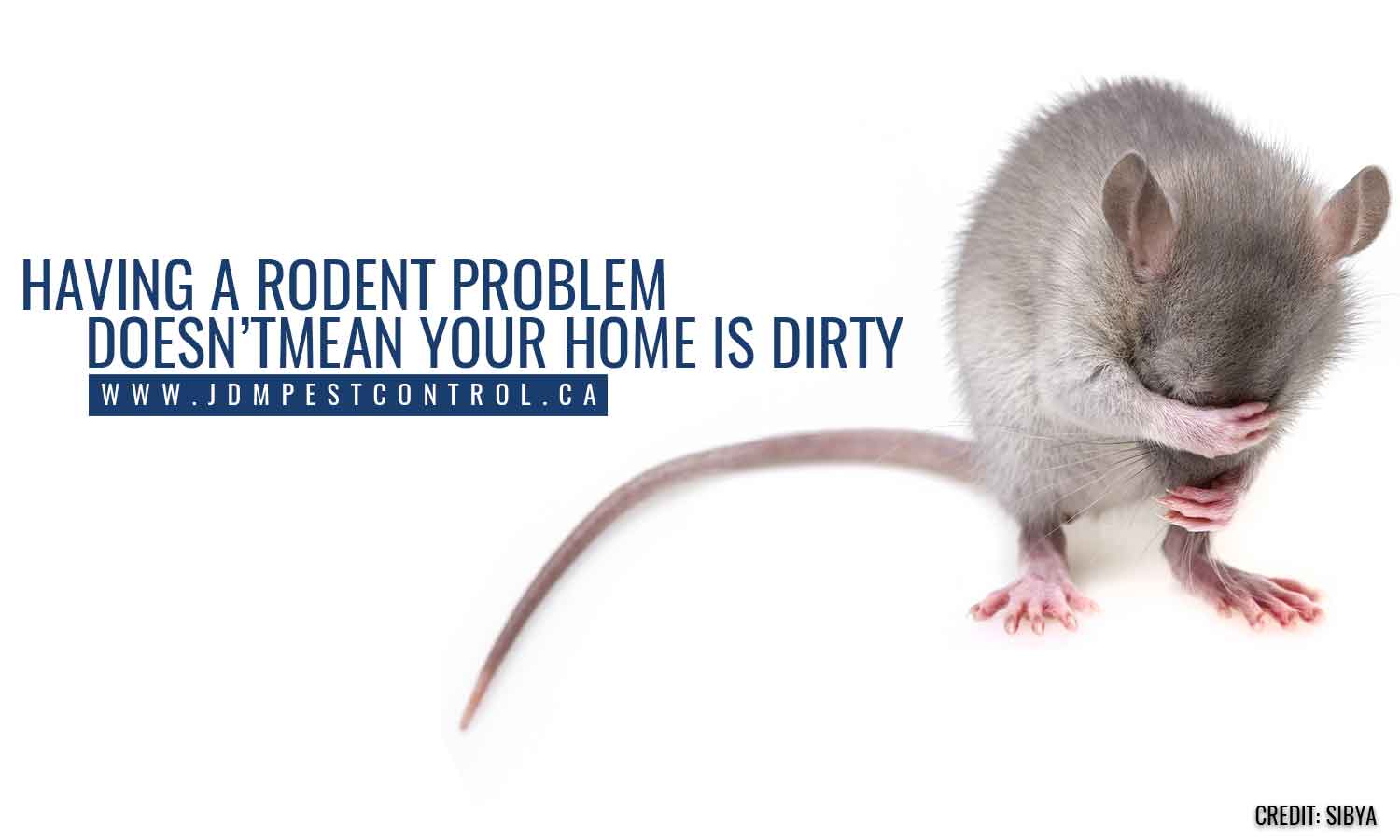 Rats are usually associated with poor sanitation and dirty conditions. In truth, rats are merely opportunistic. Uncontained trash or poorly-sealed food containers are easy and attractive food sources for pests like rats and mice.

However, clean environments can still be prone to rat invasions. If rats and mice can gain access inside your home, they’ll eat anything they can get at, including trash, pet food, birdseed, and grains.

Keeping the house clean can help deter rats and mice from setting shop by making it harder to find easy food, but it isn’t guaranteed to prevent an infestation. In any case, clean up carefully after eating or in case of spills to avoid giving rodents their version of an all-you-can-eat buffet. When it comes to DIY pest control, homeowners tend to underestimate how many rodents they have. For many homeowners, catching any rodents in the house is the beginning and end of good rat and mouse control.

Catching or killing a couple of rats and mice in your home might sound like solving the problem, but it’s more complicated than that. There may be more rats and mice hiding in hard-to-reach areas (e.g. in the attic or basement) where you can’t see them. Professional rodent control involves other methods to remove the infestation, like sealing cracks rats and mice can use to enter.

6. Rat populations are close to per capital rates

There are plenty of rats in the world, but not as many as people think. It’s a common misconception that rat populations are on par with human populations in most cities. The belief stems from an old, flawed study that found that there were equal numbers of rats and people. In truth, there aren’t as anywhere near as many rats as there are people; the numbers are much lower, and depend on the area.

7. Rats can grow as big as cats

There are some stories of giant rats that grow to the same size as cats. This is a misconception. Some rodent species can grow to relatively large sizes, but these are entirely different species from common house rats. Even these specimens are much smaller than the average cat; such large rodents usually weigh less than three kilograms. The average cat weighs about 3.5 to 4.5 kilograms, while the average rat weighs about half a kilogram. Unusually large rats may reach one kilogram, but there’s still a world of difference between large rats and even a normal-sized cat.

8. Cheese is the best bait for rats and mice

If there’s one thing cartoons have taught us, it’s that rodents love cheese. Rats and mice are foragers, so they’ll eat whatever they can get, including cheese. However, there are foods they like more that might make better rat bait. Professionals may use foods like peanut butter, chocolate, or meat as bait for rat traps. For mice, seeds and fruit often get better results.

9. There is an effective homemade rodenticide

For many people, DIY pest control is a logical, cost-effective step to dealing with rats and mice. However, most homeowners are prone to making mistakes when doing pest control. There is no one easy fix for your rodent problems, or it would already be available. Most professional technicians will usually go with humane solutions like live traps, or close any gaps rodents may use to gain entry. Refrain from using DIY solutions and contact professionals to help with your rodent troubles.

10. Seeing rats and mice during the day is bad news

One widespread belief is that seeing rats and mice during daylight hours indicates a larger rodent population. Rats and mice are generally nocturnal, and prefer to forage for food at night. Hearing squeaks or scratching at night can be signs of an infestation.

However, that doesn’t mean they’re only active at night. Rats and mice are usually most active around sunrise and sunset, but they may move about at any time of day, especially if you’re active at night. If rats have established safe passage, they may scurry around while the sun is up.

When you’re looking for quick and reliable pest control, look no further than JDM Pest Control. Any good company should be able to guarantee its work, and we can do that easily. Our excellent, well-trained staff have an excellent track record and all the licenses we need to work, so set your mind at ease. Drop us a line at (416) 729-3568 or visit our contact page for a free assessment and 25$ off on your bill!