Did you know that ants rival human beings in many ways? They’re smart, well-organized, and have been around forever.

1) Every ant has a specific job. In a colony, there are worker ants, scout ants, soldier ants, drone ants, princess ants, sometimes slave ants, and, of course, queen ants.

2) Why do ants crawl in lines? When a scout ant finds food, it goes straight back to its colony, leaving a chemical trail back to the food for its friends to follow. Each subsequent ant reinforces the trail. 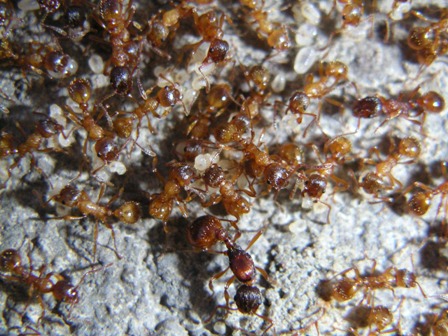 4) Ants are so resourceful that some have learned to “raise” other creatures for food. They’ll herd or even carry insects like Aphids and Leafhoppers from one plant to another to feed, then take the sugary excretions of the creatures for themselves, just like humans milking cows.

5) Some colonies will capture ants of other species, occasionally even their own species, and keep them as slaves to work for them. Amazon ants live entirely on the slave labor of Formica ants.

6) Some ants live in “ant-plants,” which provide the insects food and shelter. In return, the ants guard the plants against plant-eating animals and parasites. 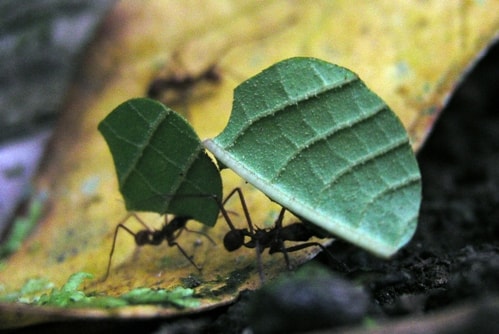 8) Ants first appeared during the early Cretaceous Period, living alongside (underneath?) the dinosaurs. They’ll probably be around long after us.

9) Each ant can carry a load fifty times its own body weight in its mandibles. If we were proportionally that strong, we could lift a Honda Civic – in each hand.

10) Some ants (like army ants and driver ants) don’t build permanent nests, but instead roam freely. When necessary, the worker ants can make a temporary nest by holding fast to each other.

11) Trap jaw ants can close their mouths at speeds of 230 km/hr, the fastest in the world.

12) Army ants are sometimes used to hold wounds together like stitches. Their heads are positioned so that their powerful jaws can seize each side of the skin and hold it together, then their bodies are cut off while the head stays until the wound closes. 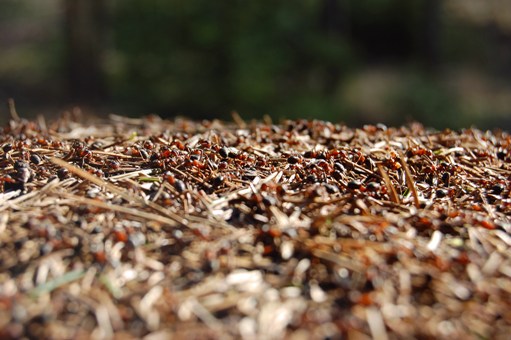 13) Each ant colony has a unique chemical profile that identifies it by scent. Scientists have learned that massive super colonies on each continent all have the same profile.

15) They even have an entire continent named for them! (We’re joking… and Antarctica doesn’t actually have any ants.)

If you have an ant issue, you could move to that icy continent — or you could just call JDM Pest Control at 416-729-3568 and let our friendly team of professionals take care of it for you.