Different Kinds of Pesticides and How to Use them Effectively Pesticides are substances that are meant to control pests. They are chemicals (like carbamate) or biological agents (such a virus, bacterium, or fungus) that incapacitate, kill, or otherwise deter pests.

Many of the types of pesticides are available over the counter and are thus considered relatively safe for use. However, even with chemical compounds that are relatively mild and safe, misuse and improper disposal can and will eventually cause harm to humans and the environment.

Deciding When to Use a Pesticide at Home 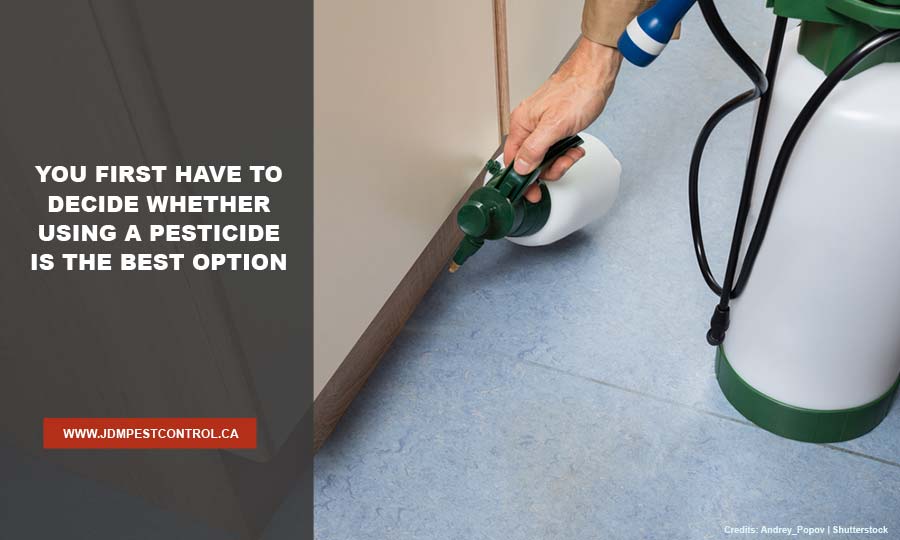 Make sure you really need pesticide before using it. Verify if the organism you’re trying to eradicate is truly inflicting long-term harm, and look into alternate management options. Keep in mind that, even with pesticides, most pests cannot be completely eradicated. Before using pesticide, consider the following questions:

Pesticides are used unnecessarily more often than most people believe because the cause of the damage is misdiagnosed. Other variables that cause harm include improper irrigation, poor drainage, pesticide toxicity, and physical damage.

A few caterpillars on a plant may not be a problem that necessitates the use of pesticides, especially if natural caterpillar adversaries are present. A large population producing serious leaf loss or damage to edible fruits or nuts, on the other hand, may indicate that the pest should be controlled.

Make judgments based on the existence of pests rather than damage levels, as well as your understanding of the pest’s life cycle. Pests are generally gone by the time a tree is defoliated (stripped of its leaves), thus sprays are useless. Many fungicides must be administered as a preventative measure before symptoms appear in the case of foliar diseases.

There are alternatives that will not involve the use of chemicals, including certain household items, like salt spray, and natural pesticides. The best method to deal with a pest problem is to prevent it from happening in the first place.

Each pest requires certain conditions for them to successfully wreak havoc in a home. Powdery mildew, for example, is promoted by shade and conditions that favour off-season development in many plants. Providing plants with lots of sun, opening up canopies to allow air circulation, and avoiding overfertilization can help prevent the disease from spreading. Powdery mildew problems on some plants may be reduced by sprinkling from above.

Make sure to take these into consideration before turning to chemical pesticides. 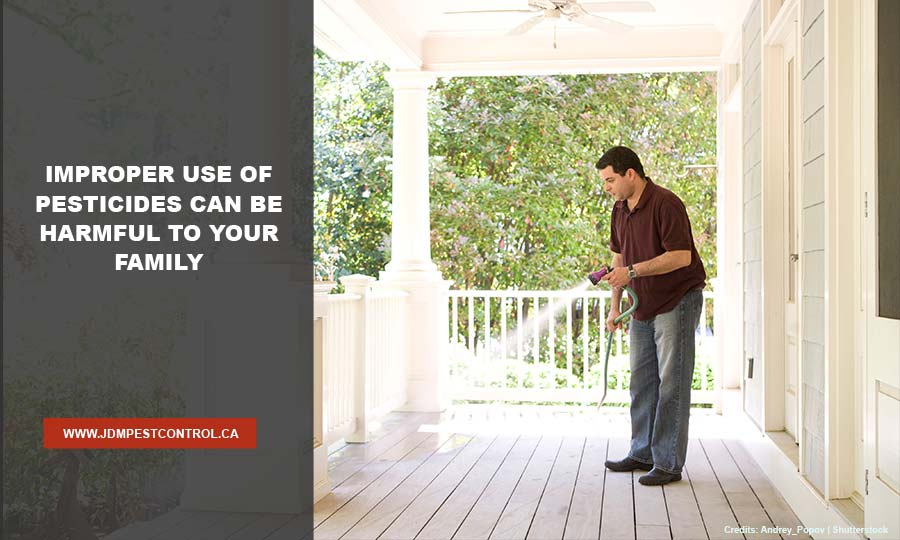 Insecticides are chemicals that are used to keep insects under control by killing them or stopping them from engaging in undesired or damaging behaviours. Many pesticides work by inhibiting cholinesterase in the neurological system of the insect, while others work as growth regulators or endotoxins.

Insecticides are the most common over-the-counter products that you will be able to find, with different manufacturers offering various additives to mask the odour and effects to humans. While they are generally considered safe, they also contain chemical compounds that will adversely affect a person’s overall health. Further, improper use and disposal of such substances may also affect the environment and the ecosystem.

Some of these pesticide sprays are as easy as a point and spray while other products can sometimes require preparation time and careful application. Some compounds are designed to kill insects entirely (such compounds are also toxic to humans), while others don’t kill but rather repel.

Herbicides are chemicals that are designed to kill invasive plants. They are chosen for their toxicity towards specific plants and their minimal effect on humans and animals. Weeds and other invasive species of plants can be controlled mechanically by digging them out of the soil, however, this is a very laborious process and isn’t necessarily a long-term solution. 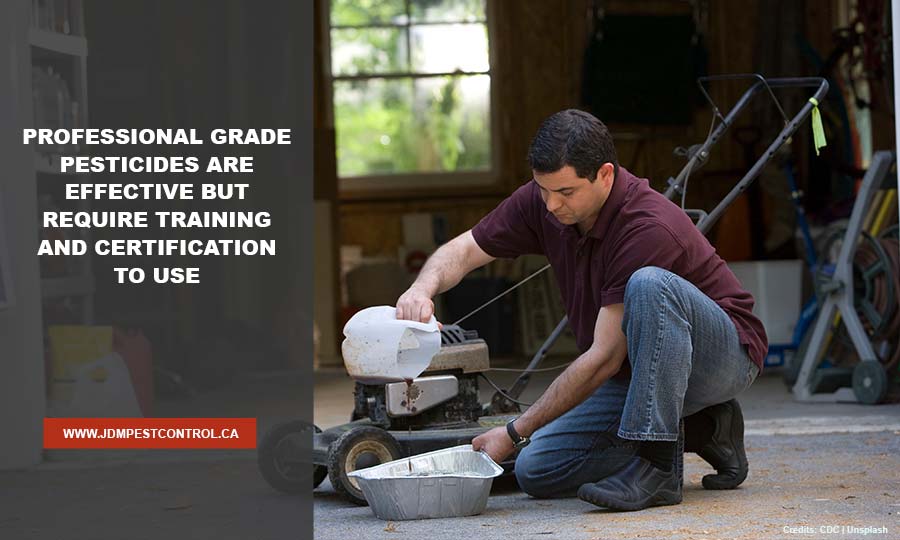 Here is some more information about each of the 4most commonly used pesticide chemicals, as well as a couple of other pesticides that are growing in popularity.

These pesticides appear to be safer for people and other mammals than many alternatives, and they do not appear to cause asthma or allergic reactions. They are, however, exceedingly poisonous to aquatic organisms. However, you must be careful to avoid spray drift and runoff into bodies of water.

MGK-264 and piperonyl butoxide are two common compounds used in manufacturing pyrethrins and other insecticides. The additives do not operate as insecticides on their own, but they help the other chemicals work better by limiting insect metabolism.

Hydramethylnon is commonly found in ant, cockroach, termite, cricket, and silverfish bait. It is a gradual killer of insects, causing them to get drowsy and then killing them over the course of 3 or 4 days. While it may not be a quick fix, it has long-term consequences because the insects can carry the poison to their colony.

Hydramethylnon is also a possible carcinogen, however, it provides low risk to humans, but it can cause irritation to the eyes and respiratory tract if not handled properly.

There are a few things that DIYers can perform safely and successfully, and they CAN save money in the process. However, pest management should be left to the specialists for a variety of reasons:

DIY can pose many threats to the health and safety of people and the environment. That’s why it’s always best to contact professionals. They are experts in the use of pesticides and the disposal of the chemicals and the disinfection of the site.

If you are dealing with a pest infestation, call JDM Pest Control now at 416-729-3568 for a free assessment.