Why DIY Wasp Nest Removal is a Risky Business Do-it-yourself (DIY) projects are trending these days, from painting your home, cutting your hair to repairing leaky faucets. No matter what DIY project you have in mind, you can find a detailed video on Youtube or a step-by-step guide on Google. DIY projects do not only help save a couple of dollars, but it also brings satisfaction from acquiring new skills. However, some DIY projects, such as wasp nest removal, are best left to pest control professionals.

What Attracts Wasps to Your Home

Social wasps come to your home in search of a safe, warm shelter. After impregnating nearby queens, the male wasps die in the fall, and the fertilized queen wasps look for a place to hibernate through the cold months. Cracks, cavities, and crevices in insulated walls can provide a welcoming living environment for wasps to build their colony.

Queen wasps emerge from the nest in spring to look for food. This explains why many homeowners notice wasps gravitating towards their homes and homes and gardens during summer. Wasps fly low to the ground to prey on insects, grubs, or larvae crawling on the soil, and aphid ‘honeydew’ and cicada eggs on plants. Other attractive food sources for wasps include: 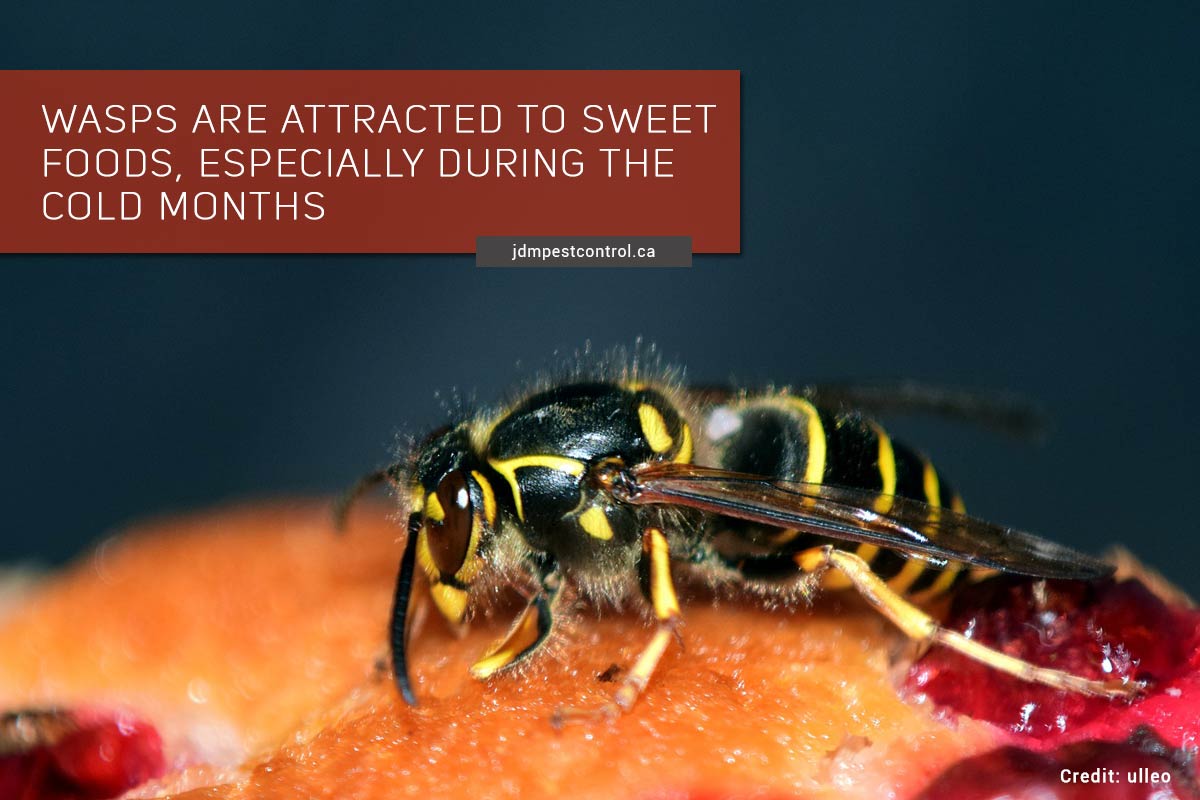 While wasps enjoy both sugary and protein-rich foods, their food preference depends on a specific time of year. For example, wasps will often look for protein-rich foods in spring and summer. If you are planning for a late spring barbecue, make sure to throw away all the leftovers and pieces of meat that attract wasps. Make sure to pick up all the fallen fruits in your yard to avoid attracting wasps and dispose of leftover soda cans properly in the covered trash bin.

Wasps living in colonies work together in large numbers. There are potentially ten thousand wasps inhabiting a single nest. That is why it is essential to seek professional wasp removal services immediately if you notice signs of wasp infestation on your property.

Wasp nests come in different sizes, shapes, and locations. Most wasps build their nests in areas in your home where they feel undisturbed. Wasps can easily send signals to others that they are in danger and are likely to attack in numbers. These stinging insects communicate with each other using pheromones. When a wasp stings, it emits pheromones that summon the rest of the colony to attack the cause of the disturbance. Although wasp stings are not typically dangerous, it can result in death on rare occasions, especially if the individual has an undiagnosed allergy to wasp stings.

Identifying the type of wasp helps you determine whether you are dealing with a large nest of social wasps or a solitary insect, such as a black wasp. This type of wasp species live alone and does not pose any risk during the removal process. On the other hand, social wasps live in large colonies, making it extremely dangerous to remove their nest without professional expertise. Only a pest control professional can effectively identify the species and remove the nest without exposing himself to danger.

Additionally, confusing stinging insects can be risky because it can cause serious health problems and even death. People allergic to either wasp or bee sting requires immediate and proper treatment to control allergic reactions.

How to Deal with a Wasp Sting 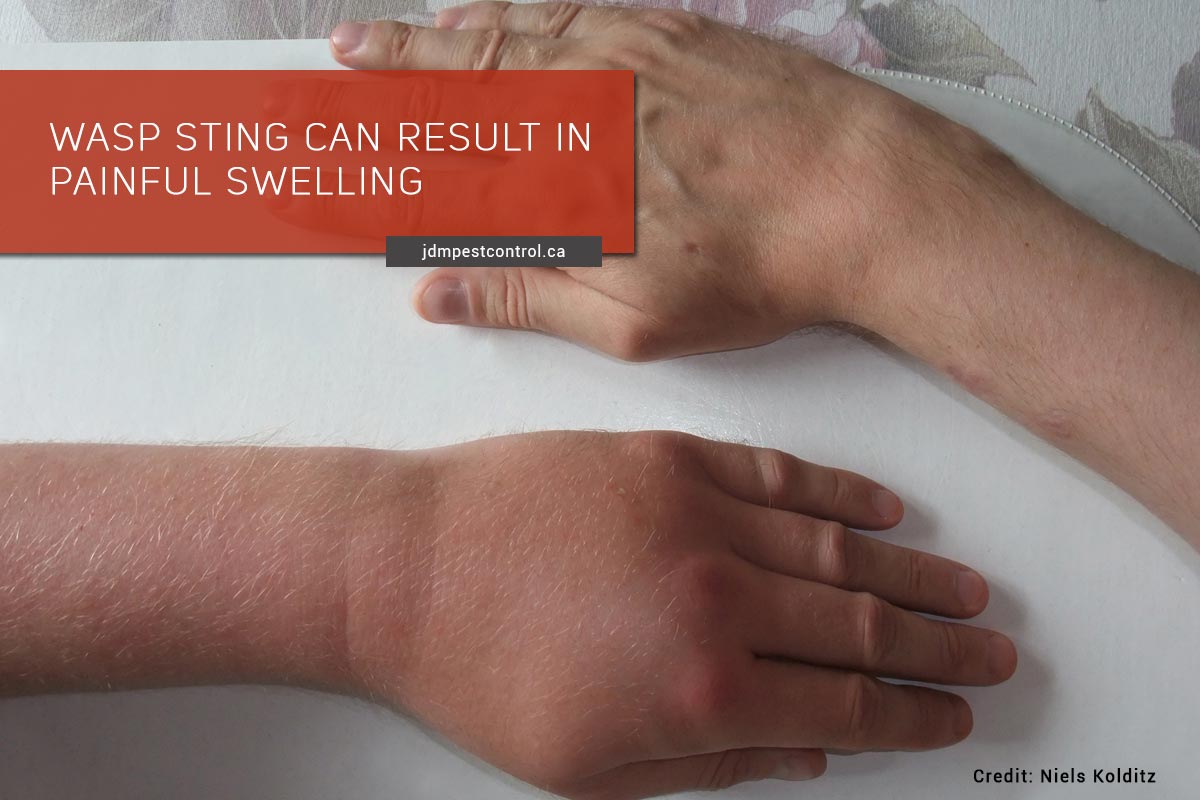 When wasps feel threatened, they sting as a form of defence. A wasp sting contains a poisonous chemical that can be life-threatening to allergic people. If no treatment is given immediately to the victim, it can potentially lead to an allergic reaction known as anaphylaxis.

Common symptoms of a wasp sting:

If you get stung by a wasp, wash the affected area thoroughly with water and soap to rinse off the venom. Unlike bees, wasps do not leave their stinger behind, so it is highly unlikely that it will be embedded in your skin. Apply ice to relieve the swelling.

To manage discomfort, use Aspirin or other NSAIDs to alleviate the pain. Apply an anesthetic spray or cream to reduce the risk of infection. If you experience any swelling or itching from the sting, take an oral antihistamine or antihistamine cream to control swelling, and use hydrocortisone cream or calamine lotion to relieve itchiness.

Removing a wasp nest is a complex process that requires the skills and expertise of a pest control specialist. Instead of removing the nest on your own, experts can provide long-term solutions that prevent them from returning in the future.

With our proven track record and skilled pest control professionals, JDM Pest Control can fix your pest problems for good. We guarantee the effectiveness of our work — we’ll get rid of them for you or your money back! For top-notch bee and wasp removal services in Richmond Hill, call us at (416) 729-3568.