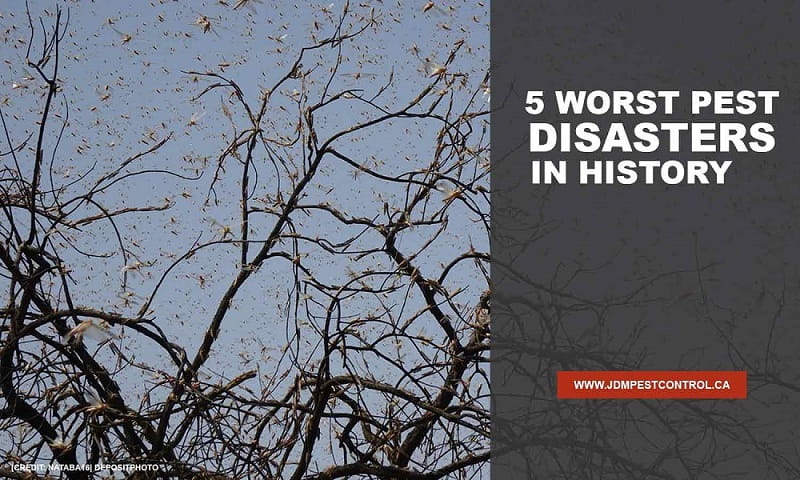 It may be argued that pests have roles to play in sustaining the ecological balance of the world. However, they are more often known to cause destruction to a great extent. Here are some of the worst pest effects that have gone down in ancient and modern history. 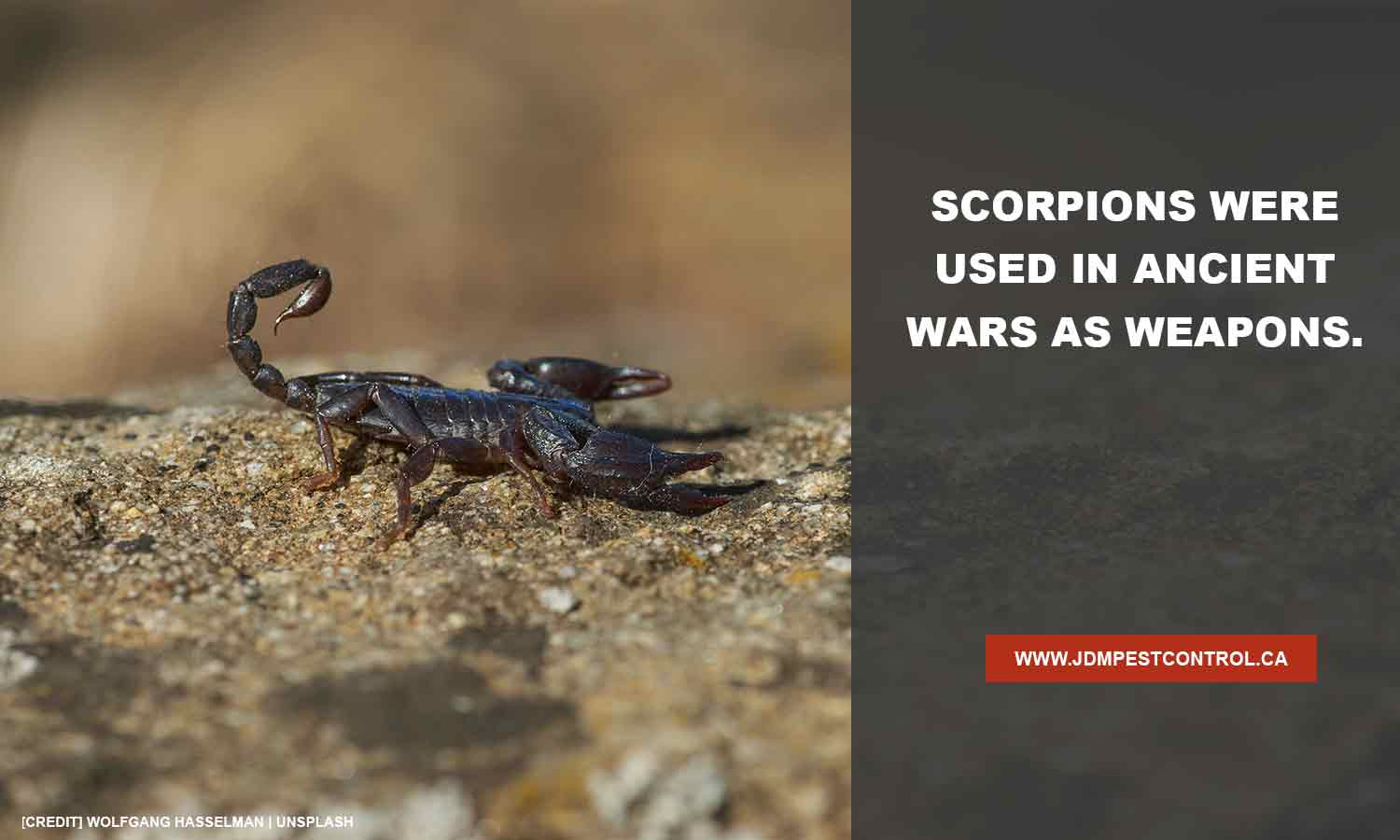 Throughout history, aggressive insects were used in war. Evidence of this tactic is believed to start from ancient times going as far back as the ancient Greek and Roman era, when woven baskets were filled with scorpions and thrown at the enemy.

When war machinery became more sophisticated, specifically allowing them to launch insect-heavy payloads, entomological warfare changed and heavily favoured the attacking force. European history has records of beehives and wasp nests being used in war. In the 14th century, a windmill-like device was used to propel straw hives from rotating arms, setting a predecessor for the Gatling gun.

The use of insects in wartime is not limited to the ancient times. There is evidence of Japanese plans to use plague-infested fleas during World War II in what was dubbed “Operation Cherry Blossoms at Night”. A similar attack was also launched by Japan in China, killing 440,000 people. 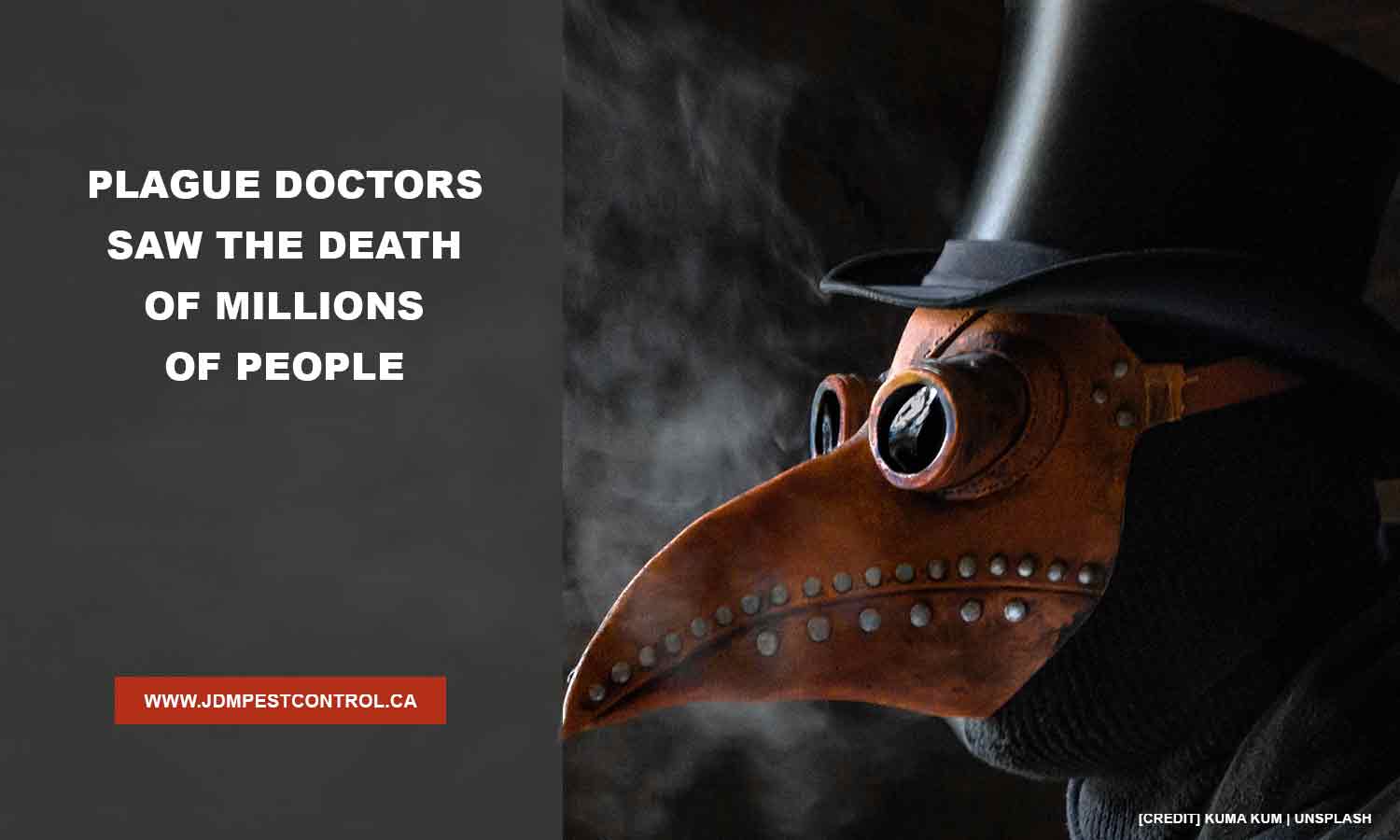 Diseases threaten humans every day. Before the existence of pest control and proper hygiene practices, people contracted diseases from various pests. Throughout history, some of the most devastating epidemics that have ravaged the world were caused by critters. The most famous of these is the black plague.

Also known as the black death, the plague is one of the most widespread pandemics in recorded human history. Scientifically known as the Bubonic plague, the pandemic that lasted from AD 1346 to 1353 in parts of Europe, Asia, and Africa claimed the lives of 75 to 200 million people. At the time, the plague could kill with almost 100% efficiency in less than a week. It was believed that the total number of people in Europe and Africa who died of the plague was more than half of each continents’ population. There were many contributors to the black plague’s widespread devastation. A popular theory was that pests were greatly responsible for increasing the extent of the damage. It is believed that the Yersinia pestis bacterium rode on the back of rats that were then unknowingly transported by merchant ships to the Sicilian Messina port.

Another reason for the vast number of casualties, according to scholars, is the unsanitary conditions of Europe’s urban areas at the time. Rats believed to be carriers of the bacteria thrived in dirty slums. The largest number of deaths were recorded in the city slums, which prompted wealthy lords to move to the countryside. The medical world was not yet that sophisticated, determining ways to stop the plague from spreading were futile.

In today’s modern world, the advancement of health science and the development of various pest control methods have stopped potential plagues from breaking out.

Locusts are relatives of grasshoppers. Unlike their relatives, though, they are feared for their swarms that can spread across entire regions and devour crops. As a result of their aggressive eating behaviour, they leave a trail of serious agricultural damage. In 1875, a swarm of locusts swept over America like a dark cloud measuring 1,800 miles long and 110 miles wide. It was named “Albert’s swarm” after the physician who documented it.

According to different accounts, the sky was blotted out for five days when the swarm passed over their homes. Throughout those days, the locusts feasted on acres of crops from California, Texas, and Minnesota. They didn’t just eat crops, fibres, and trees but fences, too. The farmers tried their best and used different creative ways to counter the ravenous critters, but nothing worked.

In the wake of their eating spree, the locusts left acres after acres of crops and properties damaged and farmers with an empty hand. It seemed like they just disappeared as fast as they had come, but experts claim that the locusts were probably just lurking around and waiting for another time to wreak havoc.

Mosquitoes are well-known irritations that attack any time of day. Aside from the itchy bites they leave, they can also carry deadly diseases like malaria and dengue.

Malaria is a disease transmitted through an infected mosquito’s saliva. The parasite manifests in flu-like symptoms including fever, fatigue, headache, paroxysm, and vomiting. If it is not treated properly and promptly, a person can experience jaundice (yellowing of the skin) and seizures. Malaria is also fatal. The World Health Organization (WHO) reported that in 2015 alone, 438,000 malaria deaths were recorded.

Dengue fever is another fatal disease that mosquitoes carry. If a person gets bitten by female mosquitoes, mainly of the Aedes aegypti variety, he can experience initial symptoms like rashes, high fever, and vomiting. The condition can develop into dengue hemorrhagic fever that results in bleeding, low blood platelet count, and blood plasma leakage. The most fatal complication is known as dengue shock syndrome, where the patient experiences very low blood pressure.

There are five known strains of infection, and a person who recovers from a particular strain can develop lifelong immunity to it.

Mosquitoes lay their eggs on stagnant water. It is not advisable to conduct indiscriminate fogging and other do-it-yourself methods to control their population as it would be more harmful to the plants, animals, and people around them. Insect sprays that are sold in grocery stores can help limit their appearance on the day of application but extra caution needs to be observed especially in households with children, pets, and senior members. It is advisable to contact expert pest extermination services to eliminate mosquitoes safely. 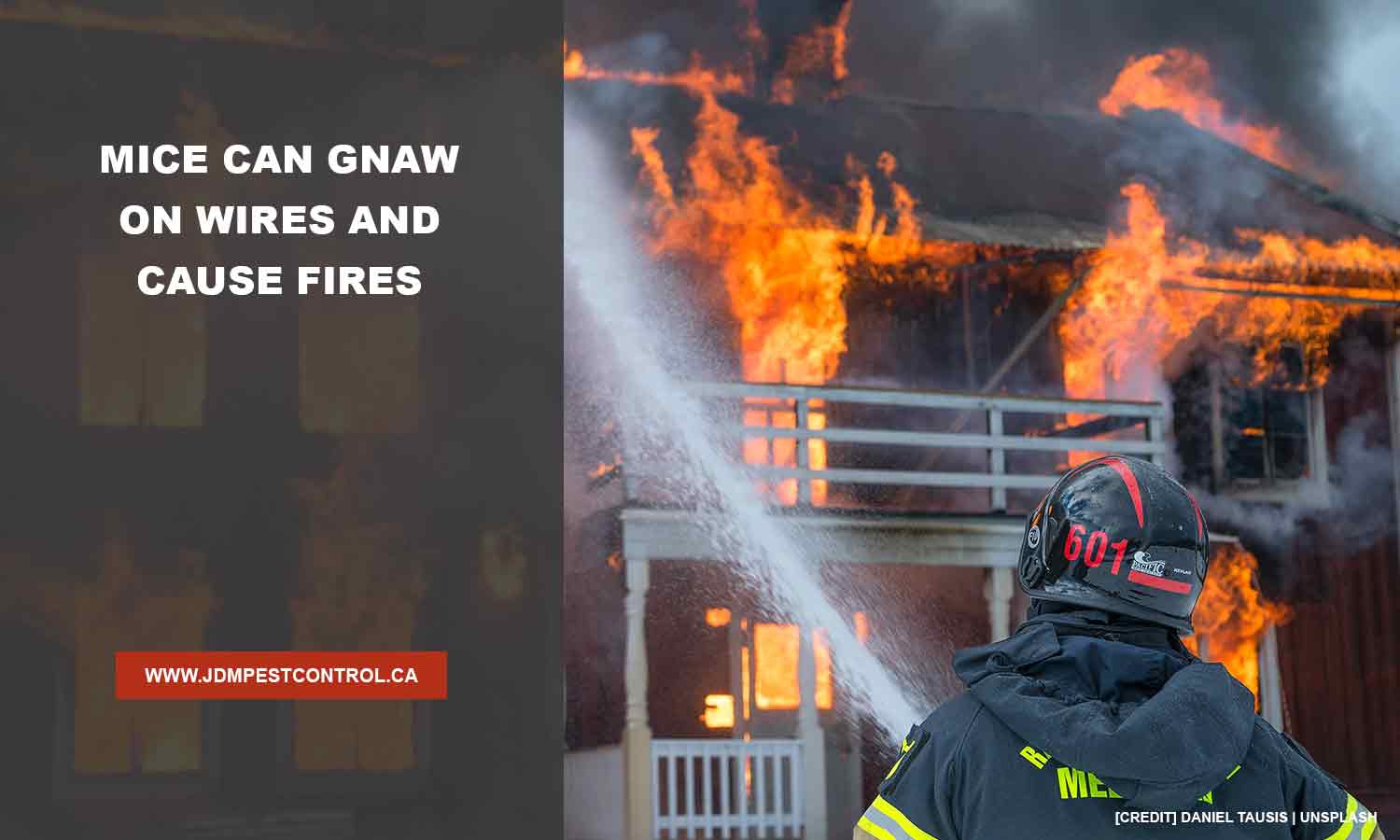 Mice infestation is a serious matter. While they can also be carriers of viruses and germs that cause diseases like hantavirus, listeria, salmonellosis, and leptospirosis, they are also considered hazards to property.
According to the Illinois Department of Public Health, 25% of the fire incidents of “unknown causes” were likely caused by rodents. These critters love to live in the dark and dirty spots of your house and gnaw things they find lying around, like electrical wires. Bare wires can spark and cause fires.

There are various traps and chemicals that can help eliminate or control the population of mice, but because they multiply very fast, these methods may not be as effective. A better option is to hire professional pest control services.

Pest problems are commonplace in people’s lives and the memories they etch are often disastrous. Bringing in the help of knowledgeable people who can use commercial pest control methods is the best-proven way to eliminate them. Professional exterminators from JDM Pest Control can create assured environments to safely remove these harmful animals in commercial and residential properties.

Modern pest control has proven helpful in keeping pest damage on lives and properties to a minimum. Call JDM Pest Control at (416) 729-3568 for a free assessment of pest control services for your home or commercial property.